skip to main | skip to sidebar

Codenotti, another prodigy from Italy (and Usa)

Another Italian young talent is growing up. And very fast. Marco Codenotti has just beaten IM Zivojin Ljubisavljevic (rating: 2279) in the 2007 Elba Island Festival (Italy), which will finish on May 13. If you think this is not an extraordinary achievement for a young boy, well, consider that Marco is only ten years old (he was born on March 1997) and started playing chess just a couple of years ago! 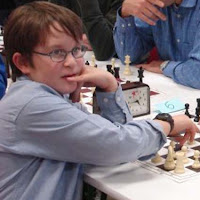 What was he trying to prove??!? All those weird pawn moves in the opening....weaking his whole position.

Yes, probably this is not the best game ever played by Ljubisavljevic, but the point is that Black is a 10 years old boy: and he punished in a very convincing way all bad moves made by his opponent!

Yes, indeed. The boy deserves all the credit! But objectively, White just totally underestimated his opponent. And so he lost by blowing up himself! Interesting psychology in there...

Thank you so much for posting this. Marco attended William H. Ray Elementary School in Chicago and was a member of our chess club. I remember that first tournament well -- the 2005 Chicago Public School championship -- because Marco had just joined the club and we had no idea what to expect from him. Though it was his first tournament, he finished among the top players in the K-3 division. He spent nine weeks in chess camp that summer and, unfortunately for us at Ray, then took his newly honed chess skills back to Italy, where he has made incedible progress in the past two years.

We're all very proud of him. 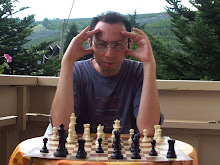